The Yakima River starts at Snoqualmie Pass in the Cascade Mountains, flowing east and south through Ellensburg and Yakima and eventually connects into the Columbia River in the Tri-Cities. On the way, the water provides life to salmon, trout, hops, and wine grapes.

I grew up in the Lower Yakima Valley, along the river on a small cherry and apple farm on the edge of the city of Prosser, raising rabbits and sheep for 4-H and FFA projects while running cross-country, track and basketball courts. And it was in that small farm economy town that I fell in love with biking.

My small red bike, and later my black ’91 Schwinn Frontier, gave me freedom to ride dirt trails, ride into town to see friends, and to get to school. When I turned 16 and received a driver’s license, that on reflection I’m not so sure I deserved, I mostly gave up my bike and focused my physical exertion on running. 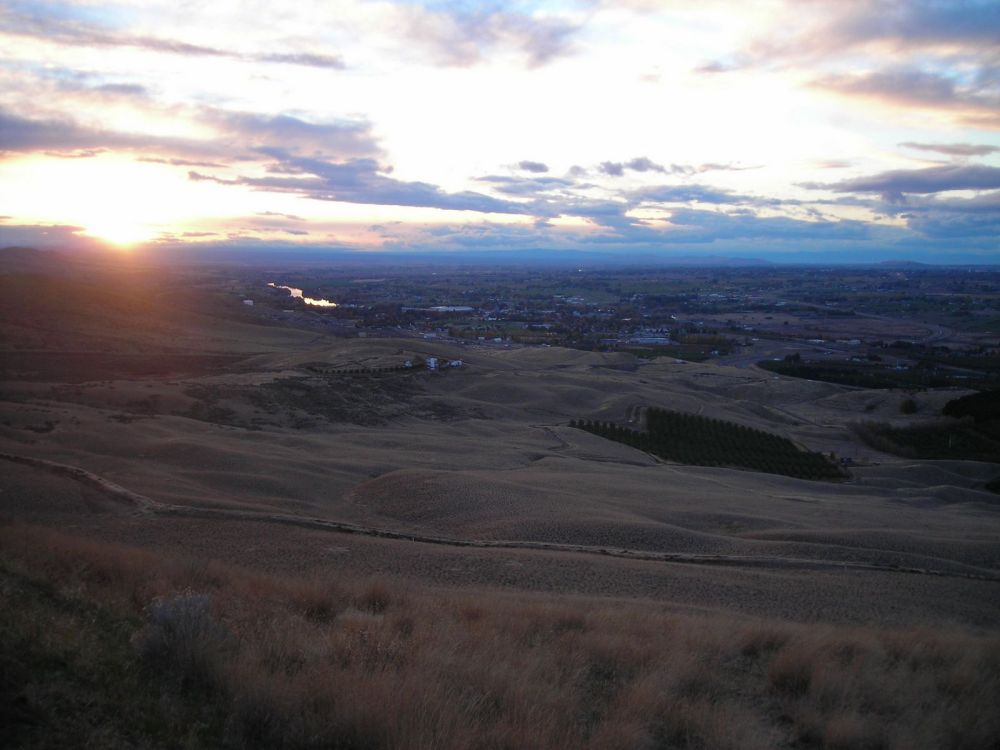 Then overzealous softball player on the opposing college intramural team slid hard into home plate as I tagged him out, snapping my fibula and tibia in half. Within the next six weeks I was walking on it, and I decided to buy my first road bike to get going even faster.

I had no idea how to use my clipless shoes to clip into the ’01 Specialized Allez Elite, and I knew no one to ask. The bike shop was more than 30 miles away. But with Lance Armstrong going for his third Tour de France victory, I was inspired enough to learn by falling on grass, on pavement, on gravel and at stop lines. And I learned how to be okay with being socially uncomfortable in skin-tight Lycra. And per my personality, I biked as hard and as fast as I could all the time, feeling the pain of bonking over and over again, and never going as far (or as fast) as my potential would allow.  It is in part this experience of not having a guide or resource as a I started cycling that fuels my desire to create a blog for people new to bicycling and its diversity across the region.

When I returned for my sophomore year at Washington State University, two or three times a week over the rolling hills of the Palouse. To this day, the beautiful Palouse remains my favorite place to ride. 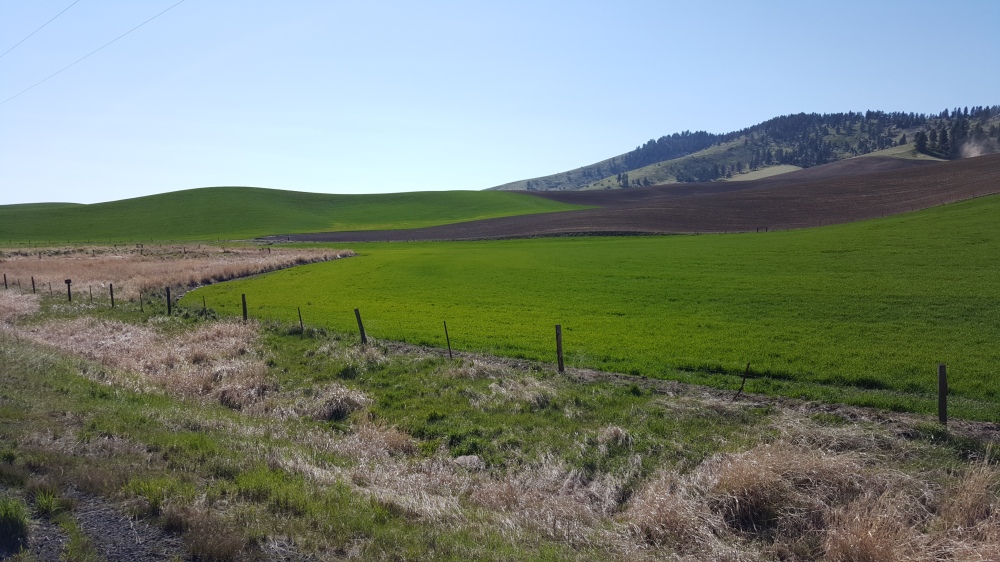 The beautiful rolling hills of Vermont, where I went to law school, were pretty great too. I would regularly start my day with a quick 28 mile ride from South Royalton to Chelsea and back, and on the weekends take looping rides to Montpelier, Woodstock or Hanover.

During my first summer at law school, I interned for an environmental economics think tank based in Washington, D.C. I commuted occasionally by bike from Alexandria, but my main mileage that summer were long rides on the weekend with a fellow intern. The  rails-to-trails bikeways are splendid, but in 2005 biking in the city was terrifying.

During my second summer and fall semester of my third year, I externed at a nonprofit organization in Seattle. I lived in Bellevue and biked in each day across the I-90 Lake Washington Bridge, down Martin Luther King Boulevard, over Cherry Hill on Cherry Street and to Seattle University’s campus  or the office.  It was one early that fall that I had my first experience getting a bike stolen. Locked with a thin cable lock on a wave rack on Seattle University’s campus, it was easy pickings.

I didn’t get another bike until 2008, when I moved to Seattle before joining a campaign in Colorado to help elect Barack Obama.  My cousin gave me her ~’95 Trek 2300, which was a little small for me but at least I had a bike.

After the ’08 election, I moved to Portland to run a statewide environmental organization — where I worked an dozens of policy issues, including statewide transportation funding and vehicle and fuel efficiency standards. The Trek gave me my first “dream of the ’90s” as I biked to work on Portland’s bike boulevards, rode across town to house parties, and took an occasional long ride or a group ride to Hood River wineries.

Then, on the eve of the ’10 Oregon Legislative Session, I left it on the front of a Trimet bus late that night. I called Trimet immediately to report the issue and they promised it’d be waiting for me. The session was a quick one, an intense 30 days, so I waited until Sine Die (the last day), before calling Trimet to say I’d was ready to pick it up. That’s when Trimet informed me of their 14-day policy, after which they give forgotten bikes to the Goodwill. So it was gone. My next bike was full of character, purchased from a co-worker: a single-speed, 60+cm frame with a baby blue paint job that was chipping off, revealing the steel underneath. It was made by Kobe, a 1970s to early ’80s San Jose company that manufactured the frames in Japan. I rode this baby everywhere, even the Chilly Hilly ride around Bainbridge Island and a bikecamping trip to San Juan County Park.

The nonprofit organization from my law school externship brought me back to Seattle in 2011 to help build public support for a statewide transportation package and advocate for transit-oriented community policies. I continued riding the Kobe daily until the spring of 2012, when I purchased a new bike, which has been my workhorse ever since: “Chelsea,” named after my childhood dog. Despite it weighing in at nearly 50 pounds with its racks and accessories, I use it for nearly everything: commutes, leisure rides, long rides, and even a multi-day trip around the Olympia Peninsula.

The Linus Gaston is a heavy steel frame that’s blown through two Sturmey Archer internal 5-speed hubs and is now on a Shimano Alfine internal 11-speed. It’s upgraded with pannier and porteur racks with a homemade cherry wood inset, and Son dynamo hub powering a Son headlamp the rear light. A Brooks leather saddle was stolen once, and almost stolen a second time. Today the saddle is a Team Pro Chrome.

I was lucky enough to land a dream job in 2013 to be the Cascade Bicycle Club’s policy & government affairs manager, working to build a political movement for better bicycling in Seattle and the region.

In 2014, my Kobe finally retired when a dropout on the front fork snapped off while I rode 25mph downhill and hit a bump. So, that spring I upgraded Chelsea with its 11-speed internal hub and made it my full-time bike.  The Kobe is now on Peddler Brewing’s broken bike wall.

At a police sale that same spring, I bought a Santa Cruz Superlight 2 mountain bike for occasional trail riding. Honestly, I don’t ride it nearly enough, but I’ve enjoyed Duthie Hill and the Japanese Gulch in Mukilteo.

During the spring of 2015, I bought a Kona Esatto DDL in order to take fast, long rides. I was especially keen on riding it in Cascade’s Seattle-to-Portland ride (STP) and the “Ride from Seattle to Vancouver and Party” ride (RSVP). Unfortunately, just two weeks before STP, the bike was stolen.

Thanks to Bike Index and a whole lot of “bike privilege,” I was able to recover it and then buy a bike for the person who had bought it off of OfferUpNow and had given it back to me. Unfortunately again, the bike was stolen again on RSVP at the halfway point in Bellingham while I lunch. I completed the rest of RSVP on a friend’s bike who lived nearby, although the bike was about as good as my original ’92 Schwinn Crosscut.

After helping pass the biggest transportation levy in Seattle’s history in the fall of 2015, I left Cascade. I’m now enjoying the time off and figuring out how next I can make a positive difference.

Obviously I’m passionate about bike infrastructure, policy and funding. I have some strong opinions about lane widths, green paint, protected bike lanes, wayfinding, bike racks, and bike theft. But all that isn’t why I created Bike Happy Cascadia.

In my travels from Eugene to Vancouver, I see great people in small communities doing awesome things on bikes. And yet rarely do randonneurs and family bikers know what bike polo players and BMX riders are doing, and nearly all these fun sub-cultures are completely foreign to someone new to the region or new to bicycling. And rarely do people in Portland know what’s happening in Bellingham, or people in Olympia know what’s happening in Vancouver.

With Bike Happy Cascadia, I will try to help knit these cities, communities and cultures together across the region, for current and future people who bike. There will be no angry rants, no big calls to action and no pissing on the side of the road. This will be fun, light-hearted and celebratory.

So, although I love everything from Crater Lake to Mount Brunswick and from bike polo to tweed rides, that doesn’t mean I’ve been there, done that.  I just want to make sure you and your friends know you can.

I hope you’ll join me in sharing the bike joy across Cascadia. You can find me on weekend solo rides, mountain biking, bikecamping, bike commuting, informal coffenuerring, admiring bike polo matches, and doing any number of other things by bike from Eugene to Vancouver, although mostly in Seattle. And you can find me here.